Please fill out your email adress if you want to receive FEDELIMA’s newsletters.

Presentation of the federation

Since the 1st of january 2013, FEDELIMA has been a national network which gathers places and projects dedicated to popular music all over France. FEDELIMA’s office is located in Nantes. Its mission is to federate and develop any general interest initiatives in the popular music sector, by helping its members to anticipate cultural, economic, technologic, political and social changes. FEDELIMA supports the development of its members by giving them resources and tools in order to ensure complementarity and cooperation from local to international scale. 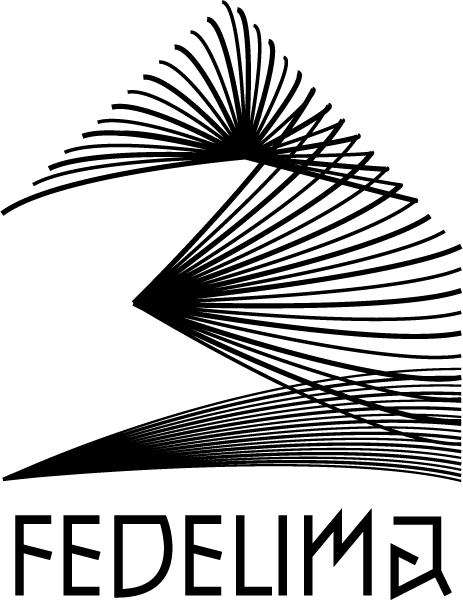 Interacting with the professional sector, the public partners and more broadly the civil society, FEDELIMA is developing its federal activities by setting up collective and participative approaches and process which are widely open.

FEDELIMA’s project is built around three “axes of development”

And around three cross-disciplinary functions to the project

Leaning on these three poles and functions, FEDELIMA contributes to the process of structuring its members as well as structuring the popular music sector. Its actions and work are based on collective and shared analyses about the evolution of the popular music sector and are linked to the observations and needs of its members. In this way, FEDELIMA is working in partnership with many other bodies who share the same principle of actions, the same values, scope of intervention, missions and actions.

The social and solidarity economy

FEDELIMA’s work led in partnership with l’UFISC (Union Fédérale d’Intervention des Structures Culturelles) and Opale/CRDLA Culture is highlighting the mixed economy on which our members rely in order to develop their project. This plural economy results from both the private and public sectors. It fully belongs to the field of the social and solidarity economy. This induces a private status, the primacy of human being over the economic system, a strong orientation toward general interest and social utility, and a strong territorial anchoring. That’s why, even if FEDELIMA’s actions fit uppermost in the popular music sector, and more broadly in the field of art and culture, the federation fully adheres to the field of social and solidarity economy.

FEDELIMA contributes with several ministries to the production of framework texts about the evolution of public policies regarding the recognition and the structuring of the popular music sector. For that purpose the federation works in partnership with public authorities, territorial networks, people involved with culture and more broadly with the civil society. The federation supports the setting up of territorial dialogue and is involved in the creation of spaces of exchanges, partnerships and transversal actions between different actors (federations, trade unions, labels, media, public authorities, artists, population…)., through the Schéma d’Orientation pour le Développement des lieux de musiques actuelles

FEDELIMA is the founding member of Live DMA, the European network of live music venues. Live DMA supports the structuring of popular music actors in Europe. It gathers venues and festivals from 15 national networks in 11 countries, that is to say more than 2000 music venues. It develops common research process between these networks, and promotes a necessary solidarity and shared knowledge through a method called “Observation Participative et Partagée” ( “Shared and Participatory Observation”). FEDELIMA also observes/analyses the European and international projects of its members in order to understand the upcoming issues and to ensure the continued existence of these projects by taking into account the political, economic, and artistic environment of the different territories (from local to international scale).

Also, FEDELIMA participates in an analysis and forecasting about popular music on the European scale, especially by participating in European meetings or congress like POP MIND or the International Congress of Concert Venues.

The Shared and Participatory Observation (SPO)

One of FEDELIMA cross-disciplinary functions is the observation and production of studies and analyses. In this way, FEDELIMA developed a method in 2005 : the Shared and Participatory Observation. This method, or philosophy of action, relies on the support and constant involvement of the venues all along the survey. This methodological approach stimulates the dialogue with a collective work of diagnostic and analyses from the shared participants’ data. Led in cooperation with other partners and organisations, the SPO enables to produce each year resources and data which serves as input in the studies and analyses realised by the federation. The SPO participates in a better understanding of the live music venues and - more broadly – a better knowledge of the whole cultural sector.

All this work is realised with an IT platform referred to as GIMIC. This platform has initially been developed by La Fédurok and is now managed by ICoop society. This process of observation which associates a tool and a method is now increasingly shared and used by other professional organisations, networks and public authorities.

Support in the structuring of the members

Many of the members are supported and advised by the federation. By different kinds of help and support, the federation gives an individualised assistance to its members so that they can draw their project up, define, develop and make the different posts needed for the project’s fulfilment durable. For that purpose, the federation encourages the setting up of tools which can improve these posts (with training plans, local support plans…) and make them durable (by financing search, pooling jobs…). The federation also supports its members in their relationship with all their local partners by encouraging a dynamic of territorial structuring which stimulates the building process of cooperation and dialogue.

Collective construction of knowledge through meetings and working groups

Seminars, all-day events for professionals, workshops, forums and conferences have been organized during FEDELIMA’s general assemblies for many years, broaching political, economic, artistic and cultural topics. FEDELIMA wants to federate the energy around the popular music sector, especially by encouraging the ones coming from the civil society, through a democratic and active networking. Participating, thinking, influencing the structuring and development of the popular music in a more collective way, is what incites many venues to join FEDELIMA.